From the ancient times, we the Japanese believe a soul is to live in the tool that has been continuously used our attachments. We feel we should not forget the thought “to use a favorite tool regularly for long time”, living in the time of mass production and mass consumption. We are particular about hand making one by one as the result of research and development by ourselves from the material foundations to design and production with considering the relation between “Hair”, “Hand” and “Scissors”.
We from MIZUTANI SCISSORS are continuously making our products without forgetting the tradition, passion, pride and skill that have been taken over from craftsman to craftsman in many generations. Our scissors are not standardized articles made by machine. All are “Not the same” so there is warmth in each and it is fit & finished by hand one by one from the steel plate. Everybody is strongly attached to the scissors that has used for a long time. The scissors above picture were made by our founder and it has been used by a barber for 30 years with proper maintenance and sharpening until the tip become thin. Affectionately you use your scissors we made for a long time that is our supreme pleasure. 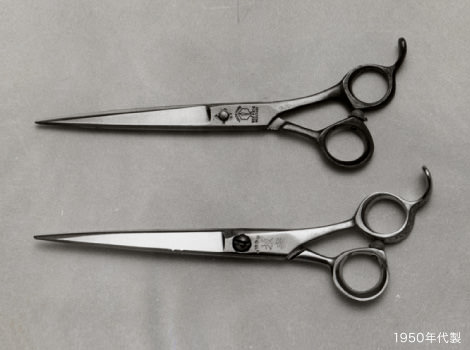 Mizutani is proud of its long history and tradition of manufacturing scissors. The first-ever pair of Mizutani scissors was produced in Asakusa, Tokyo in 1921. These scissors were designed and created out of the founder’s passion and desire to have better scissors. He was not satisfied with scissors that just cut. His tireless quest for scissors that would cut properly and be easy to handle at the same time brought him enthusiastic support from his customers. We still maintain the tenacity, passion, and strong will to spare no time or effort in honing the traditional techniques that have been passed down to us in our quest to produce better scissors. 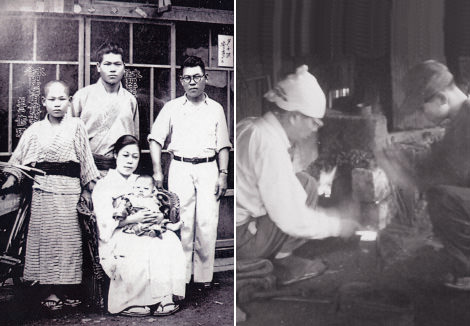 Our passion for selecting the finest materials to hone into actual products is one that can only be developed over time. To maintain such passion in the face of numerous adversities requires sustained tenacity. Mizutani constantly tests new steels and works to overcome their weaknesses so that they can be incorporated into products. This has resulted in products made using a series of revolutionary steels such as Stellite, DAMA and nano powder metal, which have brought Mizutani high praise. One of Mizutani’s philosophies is that ideas have value only once they are put into practice. We also use rare metals such as cobalt, which has excellent anti-abrasion properties and resists high temperatures and rust; molybdenum, which enhances adhesiveness and provides lasting sharpness; and vanadium, which creates a finer steel structure and enhances its pliability and anti-abrasion properties. Mizutani’s history has revolved around seeking the most suitable steel alloys for scissors and adding them to the lineup in a manner that brings out their best qualities. 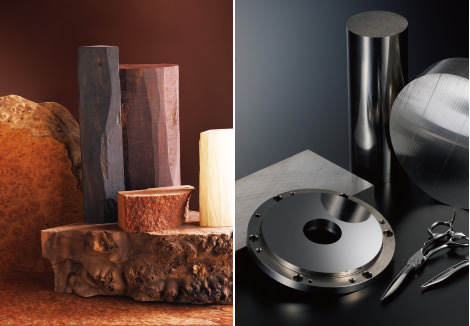 The integration of materials and craftsmanship — something that can be achieved only because our scissors are handcrafted.
Not accepting second best, and seeking the highest quality. Maintaining such a policy gives Mizutani no other option than handcrafting. Mizutani’s scissors slowly take form in the earnest hands of our craftsmen, step by step, with great care taken to avoid unnecessarily straining the materials. In other words, our craftsmen spare no time or effort in creating the products. When it comes to life, items produced in a rush and with strain can never compete with those crafted slowly and with love. Mizutani is committed to producing handcrafted products. And bearing in mind the tradition, passion, pride, tenacity and techniques handed down from one generation to another, Mizutani’s craftsmen take their time to produce each pair of our scissors with great care. 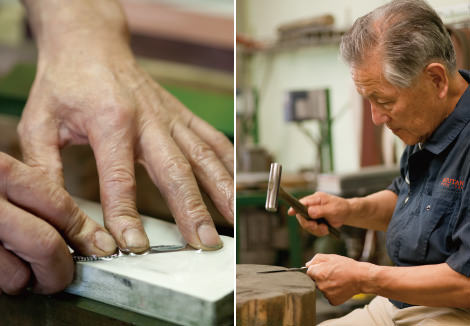 THE BEAUTY
THE BEAUTY OF MIZUTANI

When we design a new model of scissors, we envision what the users need, and then plan how to integrate the functions, quality, and beauty. I believe the work of our craftsmen is to breathe life into each pair of scissors. Scissors can have a beautiful existence only when their users can clearly sense the passion of the creator. All models are designed with close attention to detail and are developed with passion and sophistication. Scissors that lack one of the three elements — function, quality, and beauty — cease to be Mizutani scissors. In designing products, we at Mizutani continuously seek an added value that transcends the material. We seek something that cannot be explained by numeric values, such as the warmth and comfort of handling, and the joy of holding and using quality scissors. 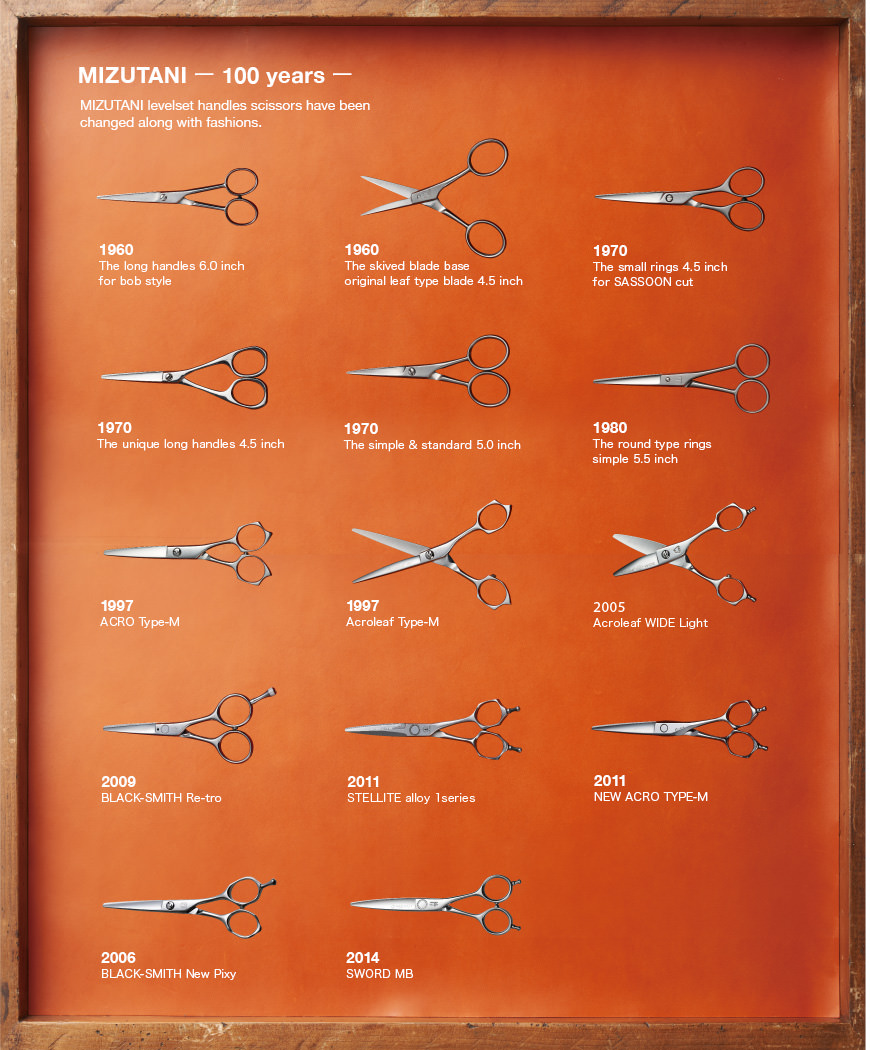